Hello, my name is Ramin Habibi and I was born in Tehran in 1981. My story began during the Iranian general election in 2013. I was arrested because of a series of events and was transferred to Evin prison (the most notorious prison in Iran and also in the world). As all of you can imagine, it was extremely dreadful. Many horrendous things happened to me while I was there. As a result, when I was released, I was received medical treatment for a while but as well as my body, my soul was deeply wounded and I couldn’t get ride of the emptiness which grew more and more inside me. These
incidents had life changing consequences for me and my family. Then I met one of my old friends after a while and we began to talk about the years when we had lost contact and I told him what happened to me while I was in prison. He was absolutely heartbroken when he realized what I had been through and deeply touched by my story, therefore we became really close again which lead us to regularly meet each other. I felt something was changed within Mahmoud because I knew him very well and he was not the Mahmoud I used to know. He spoke with sincerity and behaved so kindly. In the meantime, in order to help my spiritual condition, Mahmood gave me a book called
"What is Christianity: Beliefs and practices of Christians" in Farsi and told me to definitely read it because this book would open my eyes to the truth. Due to my passion to find out the meaning of life I read that book quickly, the doors were opened to me, truth began to shine through the doors and that truth was Jesus Christ. Then Mahmoud invited me to the house church. They held a meeting there once a week, we prayed and read the Bible together. Despite the fact I was battling with many issues, I was entirely peaceful while I was in church. I used to have abhorrent nightmares which had stayed with me from my time in prison but they were now gone by the God’s grace because Christ has adopted me. Knowing Christ and his forgiveness for me, taught me how to forgive, so now I could forgive all those people who had savagely tortured and persecuted me. Miraculously I was full of kindness and love. Now I could forget everything, I was born again, Christ gave me new life. Now my greatest desire is to walk in his path and be a justified son of Light. It was amazing how Christ had changed everything and that change effected my family as well. It has been my deepest privilege to share the most unquestionable truth with all of you, my brothers and sisters in Christ. It is my duty and passion to spread the good news and evangelize the only Redeemer: Christ is the only way to have salvation and eternal life.
At the end I would like to read my favorite verse in holy bible for you: "For God so loved the world, that he gave his only begotten Son, that whosoever believeth in him should not perish, but have everlasting life."
God protect and bless all of you. 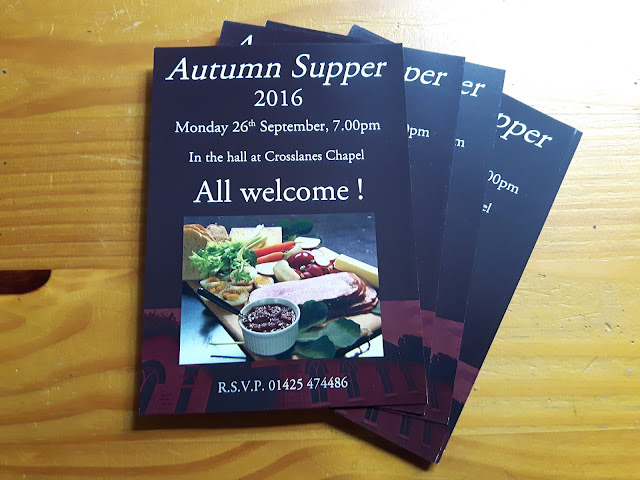 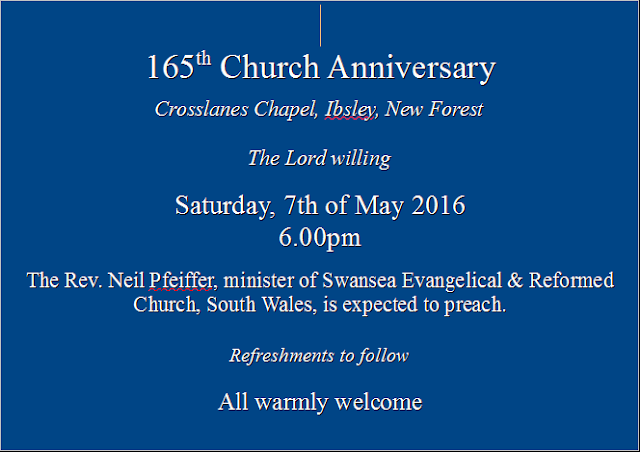 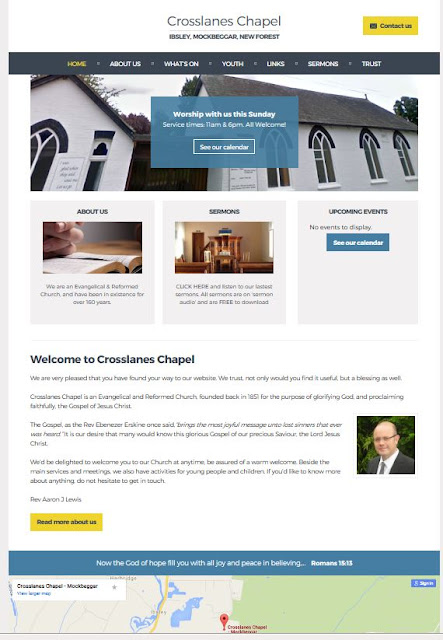 " This is beyond all others THE PSALM OF THE CROSS....
It is the photograph of our Lord's saddest hours, the record of his dying words, the lachrymatory of his last tears, the memorial of his expiring joys. David and his afflictions may be here in a very modified sense, but, as the star is concealed by the light of the sun, he who sees Jesus will probably neither see nor care to see David. Before us we have a description both of the darkness and of the

glory of the cross, the sufferings of Christ and the glory which shall follow. Oh for grace to draw near and see this great sight! We should read reverently, putting off our shoes from off our feet, as Moses did at the burning bush, for if there be holy ground anywhere in Scripture it is in this psalm."
Posted by Aaron J Lewis at 1:06 pm 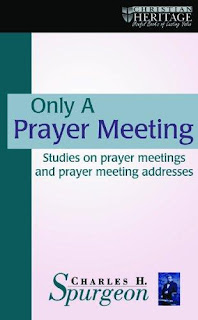 “Only a prayer meeting!”

Are the prayer meetings in decline? Is there a low view of the importance of them? The church in this country is experiencing difficulties and yet the prayer meeting is suffering. These things ought not to be. When reading through the book of Acts we cannot fail to see that the early Church placed great importance upon the gathering of the people for prayer. It, being instituted by our Lord, therefore is of great concern to us. C H Spurgeon contended hard for the prayer meeting, which thankfully was heeded by many in his day. In this book there are a number of addresses, sermons and illustrations which have been gathered together, to encourage Christians to pray. The book begins with Spurgeon's address in which he declares those now familiar words; 'only a prayer meeting!' Listen to Spurgeon; 'What a company we have here tonight! It fills my heart with gladness, and my eyes with tears of joy, to see so many hundreds of persons gathered together at what is sometimes wickedly described as “only a prayer meeting.” It is good for us to draw nigh unto God in prayer,and specially good to make up a great congregation for such a purpose.” At the last prayer meeting our glorious King was in the midst; were you there? If not, can you honestly say, He understood and accepted my absence.

May the Lord stir us up to pray!
Posted by Aaron J Lewis at 9:59 am

Psalm singing at Crosslanes Chapel
Psalm 57
Matthew Henry wrote
Singing of Psalms is a gospel ordinance. Christ removing the hymn from the close of the passover to the close of the Lords supper, plainly intimates that He intended that ordinance should continue in His Church